City of Pacifica was one of the 11 agencies that benefitted from the Call for Projects program. The City leveraged the funding to improve heating and lighting in its Council Chambers, as well as reduce utility costs.

The boiler system for the City’s Council Chambers had broken. Rather than replacing it with a traditional central heating system, SMC Energy Watch recommended installing a ductless “mini-split” heat pump to save energy and make the building’s temperature more comfortable for occupants. A ductless heat pump system is more energy efficient because it uses refrigerant lines to connect an outdoor unit to multiple indoor units. This prevents 30% of the energy from being lost by pushing heated air through leaky and bulky ducts. Since the ductless heat pump system’s multiple indoor units heat different rooms or zones, they can be turned off in unoccupied rooms to save additional energy.

The City of Pacifica also improved lighting quality in the Council Chambers by replacing over 100 outdated light bulbs with highly-efficient LED lighting. The retrofit will reduce the building’s annual energy use by 22,000 kilowatt hours, saving the City 10% on the building’s electricity costs each year. The project will also trim the City’s carbon footprint by almost 16 metric tons of carbon dioxide a year – the equivalent of the pollution from more than three cars for one year.

The City of Pacifica has also furthered its commitment to reduce greenhouse gas emissions from City operations by installing solar panels on the City’s Wastewater Treatment Plant and at the City Council Chambers/Sharp Park Pump Station. The Council Chambers HVAC and LED Lighting projects are small steps in reaching Pacifica’s goal of significantly reducing greenhouse gas emissions and carbon footprint.

Collectively, these energy projects will reduce energy use by approximately 2.5 million kilowatt hours annually, once the projects are complete. The retrofits will also slash San Mateo County’s carbon footprint by nearly 1,800 metric tons of carbon dioxide – the equivalent of the pollution from 375 cars or from the energy used to power 212 homes for one year. 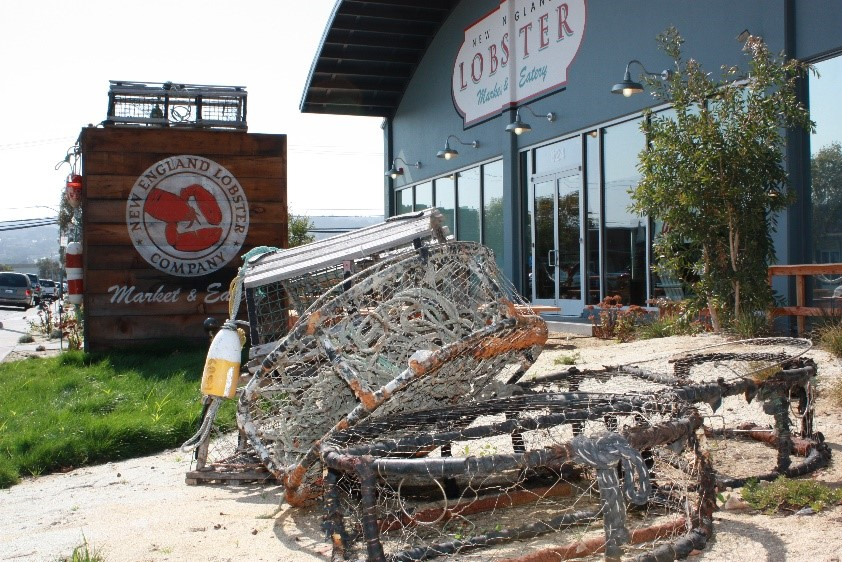 The next time you get a craving for a lobster roll or crab sandwich this side of the coast, you might want to try one of San Mateo County’s certified green businesses, New England Lobster Market & Eatery, in Burlingame. The company started selling lobsters wholesale and to the public across the Bay Area in 1987.

After its success with the “We’re On A Roll” food truck in South San Francisco in 2011, New England Lobster opened an eatery and market in Burlingame the following year.

The restaurant offers a “crack-it-yourself” crustacean experience, with lobster served right out of the pot, says owner Marc Worrall.

The New England Lobster Market & Eatery earned its Green Business Certification in October 2017, thanks to its efforts to save energy and water, which include:

The eatery has also reduced its waste stream by:

“New England Lobster has been practicing green ever since green was [just] a color,” Worrall says. “It’s important to participate in protecting the environment as best we can. We all need to do our part and reuse resources whenever possible.”

The County’s Green Business Program recognizes small-to-medium sized local businesses that operate in an environmentally responsible way. To become a certified green business, organizations must receive audits from, and consultations with, the County and other local agencies to make sure they not only comply but also exceed environmental regulations. Many businesses adopt new programs or undergo retrofits to attain Green Business Certification, such as establishing a food scrap composting program or replacing their lighting with more efficient bulbs. Certification lasts three years.